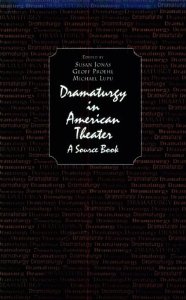 "The Dramaturgical Dialogue" in Dramaturgy in American Theater 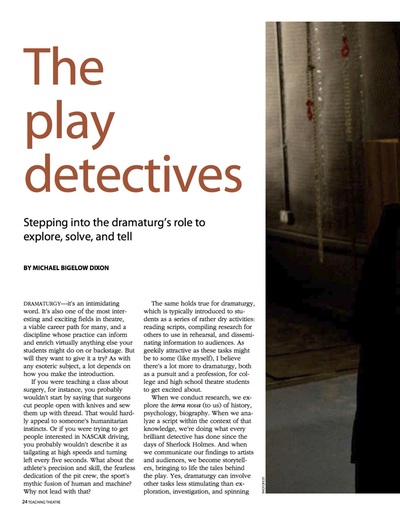 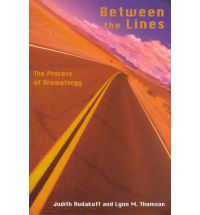 Between the Lines: The Process of Dramaturgy by Judith Rudakoff and Lynn M. Thomson in conversation with...
PRODUCTION DRAMATURGY

Tintypes, All In Favour Said No!, Boy Meets Girl, The Imaginary Invalid,  Major Barbara, The Playboy of the Western World, The Seagull, Sally & Marsha, Angels Fall.

The Misanthrope, The Royal Comedians, The Shaper, No Mercy, Six Characters in Search of an Author, Chee-Chee, The Rules of the Game, The Man with the Flower in his Mouth, Elaine’s Daughter, A Christmas Carol, Camille, The Whore and the H’Empress, Lloyd’s Prayer, Alone at the Beach, Tales of the Lost Formicans, Engaged, Taking Steps, The Bug, The Queen of the Leaky Roof Circuit, Road to Nirvana, The Tempest, Tone Clusters and The Eclipse, Zara Spook and Other Lures, Harvey, Children of the Sun, Anton–Himself, The Three Cuckolds, Speed-the-Plow, In the Eye of the Hurricane, Cementville, The Death of Zukasky, Other People’s Money, King Lear, Tales from the Vienna Woods, Romeo and Juliet, Marisol, Sherlock Holmes and the Curse of the Sign of Four, The Beaux’ Stratagem, Betty the Yeti, Slavs!, Ain’t We Got Fun?, The Mystery of Irma Vep, Watermelon Rinds and Jenine’s Diary, The Last Time We Saw Her, What We Do With It, Poof!, Evelyn and the Polka King, Hyaena, Head On, Helen At Risk, Middle-Aged White Guys, Below the Belt, Between the Lines, The Adding Machine, Dancing at Lughnasa, The Strange Case of Dr. Jekyll and Mr. Hyde, Olympia, Sleuth, A Perfect Ganesh, One Flea Spare, Chilean Holiday, Jack and Jill, Trying to Find Chinatown, Contract with Jackie, The Comedy of Errors, East of Eden Parts I and II, Only a Bird in a Gilded Cage, In Her Sight, Lighting Up the Two-Year Old, Polaroid Stories, Waterbabies, The Triumph of Love, The Wizard of Oz, Wilder Rediscovered:  Rivers Under the Earth and In Shakespeare and the Bible, Private Lives, Mr. Bundy, Resident Alien, The Trestle at Pope Lick Creek, Let the Big Dog Eat, Acorn, Othello, Peter Pan, Noises Off, Hamlet, Y2K, The Cockfighter, Life Under 30:  Drive Angry, Mpls., St. Paul, Labor Day, Forty Minute Finish, Heartbreak House, Home, Anton in Show Business, Big Love, Tape, Constant Star, Flaming Guns of the Purple Sage,When the Sea Drowns in Sand, Heaven and Hell (On Earth) — A Divine Comedy, Chad Curtiss, Lost Again. Edith Can Shoot Things and Hit Them (2011)