Michael Bigelow Dixon
Headspace Theatre!
Check it out at
www.headspacetheatre.com​ 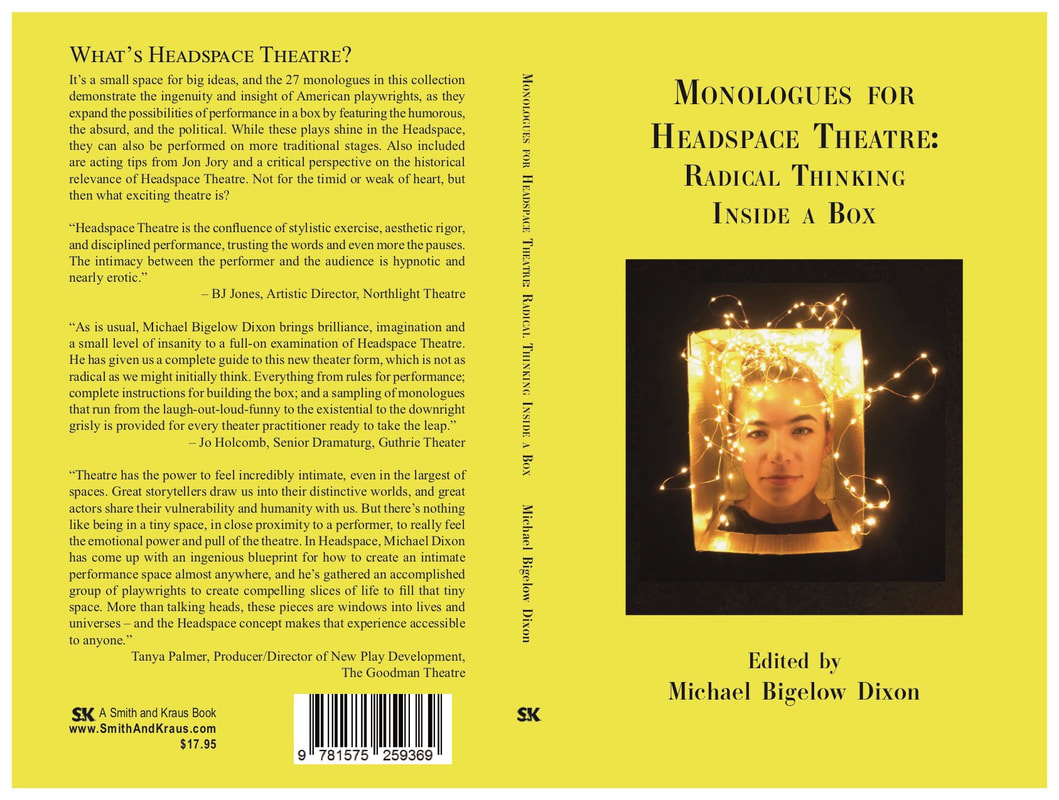 Last night “From the Neck Up Acting Company” presented the world premiere of The Brain That Wouldn’t Die, an obsessive monologue inspired by the 1960s sci fi classic film which explores how bad ideas persist in our political system.  Performing in Neck Up’s unique theatre, Headspace, actress Jami Critchfield reimagined the role of Jan Compton’s talking head in a pan, originally played by Virginia Leith.

“The phrase ‘acting from the neck up’ has been used to criticize performers who were deemed too intellectual and not physically expressive enough with the rest of their body parts,” explained Neck Up’s head spokesperson Michael Bigelow Dixon. “The problem with that critique is that it doesn’t comment so much on acting talent as it identifies a mismatch of talent and performance space.  Our Headspace Theatre allows actors whose talents lay in this direction to express themselves fully and exclusively from the neck up and therefore capitalize on their innate abilities.”

In the ’60s movie, a mad scientist attempts to save the love of his life by attaching her head, which was decapitated in a car accident, to another woman’s body, but his plan goes awry when the head communicates telepathically with another experimental creature in the laboratory. In the play, this insane scenario provides the foundation for a mad political scientist to perpetuate bad ideas in order to create social chaos and take over the world.

With vivid facial expressions running the gamut from “OMG!” to “WTF?”, along with an impressive vocal range (her a capella rendition of “Political Scientists Make Me Hot” was a show-stopper), Critchfield demonstrates both the metaphoric potential and theatrical wonder of this close-up, ambulatory, live form of theatre.
​
Future productions in the inaugural season of From the Neck Up Acting Company include Damn, It’s Cold In Here: A Conversation with Walt Disney’s Cryogenically Preserved Head, The French Revolution: Tales from the Guillotine, and Talk to the Hand, a movement theatre piece featuring a special guest body part. ​